Marat Grigorian won the title earlier this year fromde titel Sitthichai. Tonight was the first time that Beztati and Grigorian fought against each other.

This title fight consisted out of 5 rounds. Tyajani pushes forward right away in te first round. Marat stays calm and fights forwards. Marat makes a lot of combinations and uses a lot of lowkicks to eliminate Tyajani's secret wapon, his jumpkick.

In the second round Marat keeps pressure. Tyajani counters his moves good, at this point the match goes back and forward between the two. This round is pretty close, but goes to Marat Grigorian.
It is getting harder for Tyajani after the third round. He looks exhausted and he has to endure a lot of uppercuts and lowkicks from Marat. Marat pushes Tyajani into a corner.

Tyajani started of strong, but eventually Marat took over the fight.
Marat Grigorian won the fight by unanimous decision and succesfully defend his title!

Nicky Hemmers
Gym owner
Latest news
Hemmers & Hendriks
You can watch Hemmers & Hendriks starting today on Veronica Fight. In this new show called 'Hemmers & Hendriks', Hélène Hendriks talks to Cor Hemmers about his kickboxing carreer and all the highlights from the GLORY-history. Watch it on youtube or watch the video here below.
Read more 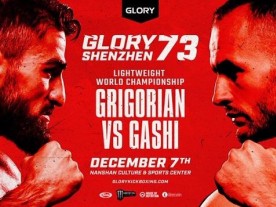 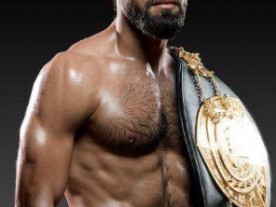